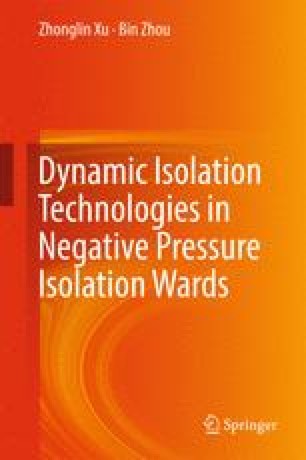 According to “Law of the People’s Republic of China on the Prevention and Control of Infectious Diseases” issued on December 1st in 2004, infectious diseases can be classified as the first class, the second class and the third class.

According to “Law of the People’s Republic of China on the Prevention and Control of Infectious Diseases” issued on December 1st in 2004, infectious diseases can be classified as the first class, the second class and the third class.

Infectious diseases in the first class include the plague and the cholera.

Infectious diseases in the second class include the severe acute respiratory syndrome (SARS), the human immunodeficiency virus (HIV), the viral hepatitis, the poliovirus, the human avian influenza, the measles, the Epidemic Hemorrhagic Fever, the rabies virus, the Japanese Encephalitis Virus, the dengue virus, the colletotrichum gloeosporioides, the bacillary and amoebic dysentery, the pulmonary tuberculosis, the typhoid and paratyphoid fever, the epidemic cerebrospinal meningitis, the pertussis, the diphtheria, the neonatal tetanus, the scarlet fever, the brucellosis, the gonorrhea, the syphilis, the leptospirosis, the schistosomiasis, and the malaria.

Infectious diseases in the third class include the influenza, the epidemic mumps, the rubella, the Acute Hemorrhagic Conjunctivitis, the leprosy, the epidemic and local typhus, the leishmaniasis, the echinococcosis, the filariasis, and the infectious diarrhea which is not caused by the cholera, the bacillary and amoebic dysentery, and the typhoid and paratyphoid fever.

Now more attention has been paid on the Ebola virus.

Table 7.4 shows the data on the area of the ward by “Essential requirements” and standard from U.S.A.
Table 7.4

Area of the isolation ward (the bathroom is not included)

In short, the space inside the ward should be spacious enough to place equipments such as the bedside X-ray machine and the breathing machine. Therefore, the values of the distances are larger than that in the ordinary ward.

According to “Essential requirements”, the net height of the ward should not be less than 2.8 m.

However, it is still a pure theoretical value with 120 m3/h. When the differential pressure flow rate ∆Q is determined, the practical problem should also be considered.

Figure 7.9 shows the negative pressure room with supplied air and exhaust air. In the ventilation system of the room there could be fan and the adjusting valve, or fan and the constant air volume valve.

There are positive and negative deviations of the flow rate for the fan and the constant air volume valve. For example, the deviation of the TROX valve can reach ±10%, which has no relationship with the pressure. The deviation of the venturi valve can reach ±5%. In situ adjusting test shows that because the area of the ward is not large, when the ward is very air-tight, the fluctuation of extreme flow rate in the ward will influence the variation of its pressure [4].

In this case, both the flow rate and the pressure difference can be adjusted normally, which is not affected.

In this case, the flow rate of the exhaust air is obviously not enough. The negative pressure cannot meet the requirement, which needs further adjustment.

In this case, the actual flow rate of the exhaust air is smaller than that of the supplied air. Slight positive pressure appears in the ward, which needs further adjustment.

Now the easily appearance of the problem can be better explained for the air-tight room. When the room is too air-tight, the leakage flow rate is very small. In this case, the difference of the flow rate between the exhaust air and the supplied air is very small. If the value of this difference is smaller than the summation of the absolute value of the positive and negative deviation for the flow rate, it is difficult to adjust the pressure difference inside the room. The pressure always fluctuates, or slight positive pressure appears.

Since the indoor cooling load is dealt with the fan coil unit, the capacity of the outdoor air handling unit reduces.

Because the bacterial removal efficiency of the HEPA filter on the return air grille reaches more than 99.9999%, one bacterium can penetrate through only when the indoor bacterial concentration reaches millions per cubic meter. In common situation, indoor bacterial concentration cannot reach such high value. Therefore, the return air is quite clean. The problem for deposition and accumulation of dust and bacteria on fan coil unit is not a concern.

Therefore, air filters with performance lower than sub-HEPA filter can be installed for the supplied air, such as the low-resistance and high and medium efficiency air filter, or even fine filter. The unit with static pressure between 30 and 50 Pa should be selected.

The problem of condensation should be paid attention to.

Condensation water is very likely to appear in the coil when the fan coil unit is adopted, which is not expected to occur. So in the current scheme, the coil is abandoned, which is replaced by the ordinary supplied air fan. The return air needs to pass through the outdoor air handling unit, which increases the burden of the outdoor air handling unit.

Based on the meteorological condition in Shanghai, the surface air cooler with six rows of coils in the outdoor air handling unit can meets the requirement of the design (t < 26 °C and φ < 60%). When other types of coils are used, eight rows of coils are enough.

7.7.4 Layout Plan for an Isolation Ward as an Example

Figure 7.26 shows the schematic of the system which was designed by Liu Hua and Liang Lei. One example of the double-bed isolation ward for this scheme is shown in Fig. 7.27.

Note (1) The lower limits for the temperature and humidity are parameters in winter, while the upper limits are parameters in summer; (2) “-” means there is no specific requirement, which needs to be determined by calculation or requirement and then tested; (3) Temperature in the buffer room should be the same as the entrance into the buffer room; (4) When there is room for instrument and device, the temperature and air change rate should be determined by needs