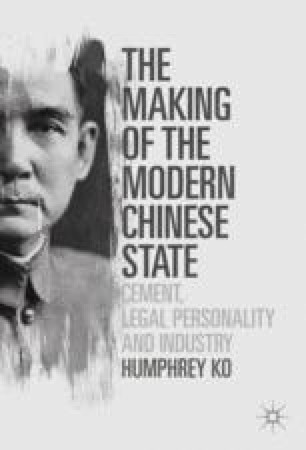 This chapter shifts the focus to the recovering of state power. In stark contrast to Qixin Cement Company in the north, the Guangdong Cement Works in the south was an abject failure between 1909 until 1932. So, how did cement suddenly become an enormously profitable business in Guangdong from 1932 onwards? The answer lies with the foreign investment hype following the construction of the symbolic Pearl River Bridge by officials who were former revolutionaries inside an incorporated city government. This is arguably an icon of modernity for Guangzhou that caused an influx of investment. This propelled the economy forward and empowered the city government.

Guangdong Province Public Work Audit Committee Provincial Government Qing Dynasty
These keywords were added by machine and not by the authors. This process is experimental and the keywords may be updated as the learning algorithm improves.
This is a preview of subscription content, log in to check access.