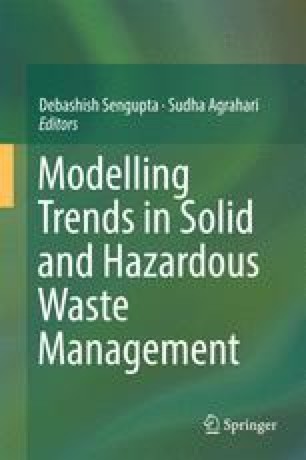 Environmental pollution has been an important issue particularly in a period which is witnessing a rapid industrial growth. The major sources of heavy metal and radionuclide pollution in urban areas are anthropogenic which includes the fossil, coal combustion, etc. Coal, one of the most abundantly found materials in nature, has trace quantities of primordial radionuclides, 238U, 232Th, and 40K. Thus, combustion of coals in thermal power plants (TPPs) is one of the major sources of environmental pollution enhancing the natural radiation in the vicinity of TPPs. Fly ash, the main residue from the combustion of pulverized bituminous or sub-bituminous coal (lignite), is directly disposed of in large ponds in the nearby areas of TPPs. This problem is of particular significance in India, which utilizes coals of very high ash content (approximately 40–55 %). Background knowledge, i.e., monitoring of the origin, chemistry, and risks of toxic heavy metals (Pb, Cr, As, Zn, Cd, Cu, Hg, and Ni) and radionuclides in contaminated soils, is necessary for the selection of appropriate remedial options. For this purpose, soil, ash, and coal samples were collected from the nearly areas of TPPs. In order to validate the fact of heavy metal and radionuclide contaminant migration in the vicinity of TPPs, several geophysical, radiochemical, and trace element analysis tests were carried out. Lack of proper insulation at the bottom of the ash disposal ponds enhances the chances of groundwater contamination. The direct current (dc) resistivity survey, employing Schlumberger configuration, was undertaken to identify the local subsurface and to estimate the depth of contamination around ash ponds near a thermal power plant in Eastern India. A continuous conductive zone with resistivity <5 Ωm was identified throughout the studied region at a depth of about 2–10 m indicating the presence of water with higher ionic concentration. The study was also supported by the radiometric geophysical measurements indicating the presence of radionuclides in the vicinity of ash ponds. Groundwater samples have also been collected from the tube wells located near the ash ponds and analyzed for pH, TDS and trace elements. Results of the chemical analysis show high values of TDS and high concentration of the toxics. The studies on the geochemistry of the ash ponds have shown that the ashes are characterized by high concentration of As, Pb, Cu, Ni, Fe, Zn, Cr, Co, and Mn all of which exceeded the crustal abundance by a factor of 3–5. The high concentration of the toxics (As, Al, Li, Zn, Ag, Sb, Si, Mo, Ba, Rb, Se, Pb) in the water samples implies significant input from the ash pile due to leaching. This increases the TDS values of the water. Radiochemical characterization of coal, ash, and soil samples was done based on Radium equivalent activity, dose rate, and hazard index. The activity concentration variations infer to the high radioactivity in the vicinity of the ash ponds up to a radius of 500 m and indicate a decreasing trend beyond 500 m. In general, the radioactivity of the nearby area showed three to four times higher values than the prescribed limit, and the hazard index was estimated as unity. In order to mitigate the associated risks, make the land resource available for agricultural production, enhance food security, and scale down land tenure problems, remediation of contaminated soil is necessary. Immobilization, soil washing, and phytoremediation are one of the best technologies for cleaning up of contaminated soils but have been mostly demonstrated in developed countries. Such technologies need high recommendation for field applicability and commercialization in the countries (developing) where agriculture, urbanization, and industrialization are causing environmental degradation. The utilization of contaminated soil is also discussed. Rare earth elements, heavy metal, and radionuclides, which are of economical importance, can be extracted from the contaminated soil and the remainder can be utilized in filling voids and reclamation of the mining lands.