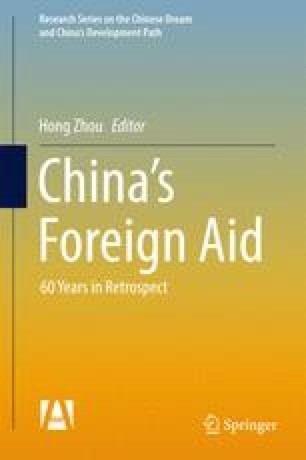 Geographically speaking, the continent of Africa is far away from China. In modern history, however, Africa and China share the same or similar experiences, and both advocate the establishment of a new international political and economic order. These similar experiences and ideas have laid a solid foundation for the development of comprehensive relations between China and Africa. Thus, China’s assistance to Africa has exerted a profound global influence, although the assistance provided by China to Africa came later than that provided to China’s neighboring countries, the scale of China’s aid to Africa is also far less than the scale of assistance provided to Asian countries, and the scale of Chinese foreign aid cannot be mentioned in the same breath with that provided by the developed capitalist countries.

African Country Foreign Affair Recipient Country Socialist Country Open Archive
These keywords were added by machine and not by the authors. This process is experimental and the keywords may be updated as the learning algorithm improves.
This is a preview of subscription content, log in to check access.