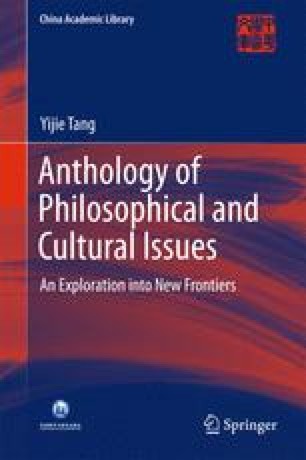 Anthology of Philosophical and Cultural Issues pp 35-40 | Cite as

Concerning Spirit and Beliefs at the Turning of the Century

Having listened the last three speeches, I think we may consider some practical issues in Chinese society. After the “cultural revolution,” a problem has been frequently referred to as “spiritual crisis” or belief crisis. Tracing the causes, some said this is mainly due to the catastrophe of the “cultural revolution.” However, in my view it should be traced back even further to 1949 (the year the People’s Republic of China was founded) when the seeds were planted for future unrest. As we know, after 1949 incessant political campaigns were mobilized to always breaking but never making. As a result, an ultra-leftism was formed, which broken up our cultural tradition, making us a nation without national culture.

Cultural Revolution Filial Piety Corrupt Official Chinese Intellectual Fourth Movement
These keywords were added by machine and not by the authors. This process is experimental and the keywords may be updated as the learning algorithm improves.
This is a preview of subscription content, log in to check access.