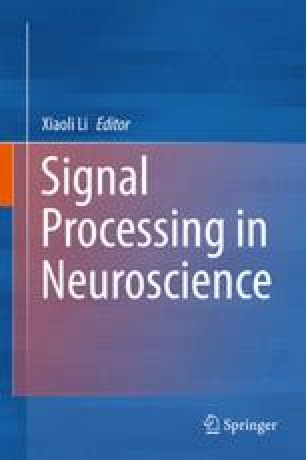 We describe seven types of synchronization algorithms – including cross correlation (COR), cross coherence, phase synchronization (PS) mutual information based on kernel estimation (KerMI), permutation cross mutual information (PCMI), nonlinear interdependence (NI), and cross recurrence analysis. Models of Hénon, Rössler, and Lorenz systems were applied, and synchrony measures were tested to track changes of coupling strengths. Then, we analyzed real EEG data recorded from the prefrontal and primary motor areas of ten volunteers who undergone a brief standardized propofol anesthetic. To validate the relative effectiveness of these synchronization algorithms, we compared how well each algorithm modeled pharmacokinetic/pharmacodynamic (PK/PD) drug effects. We quantified the correlation coefficients (R ij ) between each synchrony measure and the bispectral index (BIS), the prediction probability (P k ) of each measure with the BIS and with effect-site propofol concentration (ESPC).

The synchronization measures, with the exception of WTC and determinism (DET), trended upward with increased coupling of the three studied models. The WTC and DET declined at low coupling strength and rose at high coupling strength. Propofol effects on brain activity could be tracked with reasonable accuracy by some of the synchronization measures. PCMI was the best method for discriminating the effect of anesthesia as measured by the correlation with BIS (\({R}_{ij}=0.84\)), prediction probability with BIS (\({P}_k=0.66\pm 0.08\)), and ESPC (\({P}_k=0.65\pm 0.07\)). PS based on phase-locking value (PSPLV), conditional probability (PSCP) in the \(\delta \left(1{-}4 Hz\right)\) frequency band, and Shannon entropy (PSSE) in the \(\beta \left(13{-}30 Hz\right)\) frequency band could distinguish the awake from unconsciousness state. KerMI, WTC, and DET measures increased with the increase of effect-site concentration. The cross correlation measure could not distinguish the different anesthesia states.

The synchronization measures investigated different aspects of the dynamics of coupled systems, reflecting the diverse intrinsic properties of the brain under anesthesia. Among the measures tested, the PCMI index had the best performance in tracking the effect of anesthesia and could be used as an index for monitoring the depth of anesthesia (DoA).

Synchronization measures are effective in estimating DoA based on EEG, with each measure exhibiting its own characteristic tendency. Of all the methods tested, the PCMI method has the greatest potential for tracking the effect of propofol on the brain activity.

In order to evaluate the synchronization measures in different anesthetic states efficiently, we discussed the parameter selections of COR, PS, NI, and DET. The indexes corresponding to the states of awake, unconscious, and recovery were selected for comparison. The values of synchronization indexes under different parameters were shown in Fig. 9.14, 9.15, 9.16, 9.17, and 9.18.

Figure 9.14 shows the cross correlation indexes of different delay times τ at different study states (red, awake state (AS); green, unconsciousness state (US); and blue, recovery state (RS)) for all ten subjects under propofol anesthesia. We chose two positive delay times, two negative delay times, and the zero delay time. The cross correlation values are positive and higher when \(\tau =0\) at both the awake state and recovery state. Besides, the COR value reveals quite large negative correlation at the deep anesthesia state when \(\tau =0\). For this reason, we choose the zero delay time.

Figures 9.15 and 9.16 show the PSPLV (δ, θ, α, β, and γ1) and PSSE (δ, θ, α, β, and γ1) indexes at different T e in awake state (red), unconscious state (green), and recovery state (blue). It can be seen from Fig. 9.15 that the PSPLV values of each frequency band decreased with T e increasing. The difference between awake and unconscious states of PSPLV (δ) was larger than PSPLV in other frequency bands. By contrast, PSSE had some fluctuation at different epoch lengths T e (Fig. 9.16). And T e = 20 was selected in our study.

Figure 9.18a, b, and c shows the DET value range with embedding dimension m = 3, m = 4, and m = 5, respectively, in threshold of diagonal length lmin = 2 in different time lag τ in awake state (red), unconscious state (green), and recovery state (blue) of all subjects. m = 3 and τ = 2 were selected for the great DET difference between awake and unconscious states. DET indexes with m = 3 and τ = 2 in different lmin were shown in Fig. 9.18d and lmin = 2 was selected.