The Systems Model of Creativity 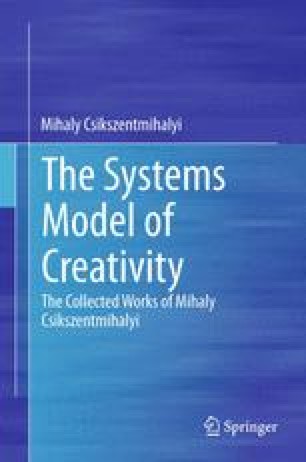 The Artistic Personality: A Systems Perspective

When considering the relationship between personality and a given occupation or vocation, we usually assume the relationship remains invariant over time. One might assume, for instance, that the temperament and traits that distinguished military leaders in the 5th century BCE would be the same traits as those belonging to warriors in the Middle Ages, or in our own times. Yet the changes throughout history in the social and economic status of soldiers, and in the technology of warfare, suggest that the personalities of men (or women) attracted to a military career will be quite different in each period.

Artistic Creativity Artistic Style Artistic Process Successful Artist Military Career
These keywords were added by machine and not by the authors. This process is experimental and the keywords may be updated as the learning algorithm improves.

Why do people think artists are special? It’s just another job.

Reproduced with permission of Copyright © 2004 by the American Psychological Association.