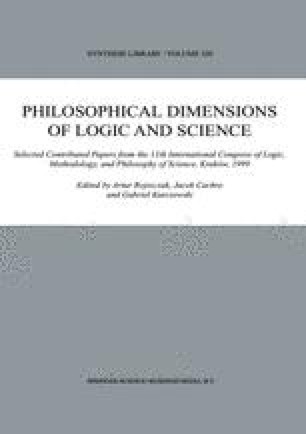 Philosophical Dimensions of Logic and Science pp 109-116 | Cite as

Reduction Model Aggregation Step Transformation Step Reductive Explanation Ontological Claim
These keywords were added by machine and not by the authors. This process is experimental and the keywords may be updated as the learning algorithm improves.
This is a preview of subscription content, log in to check access.