Borderlines in a Globalized World 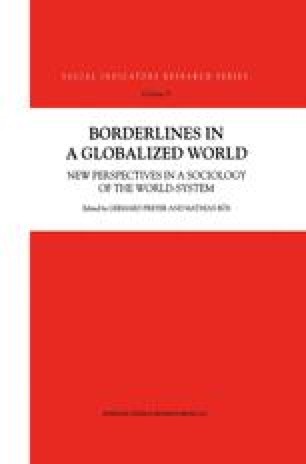 Beyond "East" and "West"

On the European and Global Dimensions of the Fall of Communism
Chapter
Part of the Social Indicators Research Series book series (SINS, volume 9)

With the fall of communism across Eastern Europe in 1989 and the official end of the USSR in 1991, the fundamental borderline that divided both Europe and the world after the Second World War, the line that defined "East" and "West," has ceased to exist. Two consequences can be said to have followed from this epochal event, one regional or area-specific, the other general or global.

Iron Curtain European Politics Double Transformation Soviet Occupation Dissident Discourse
These keywords were added by machine and not by the authors. This process is experimental and the keywords may be updated as the learning algorithm improves.
This is a preview of subscription content, log in to check access.