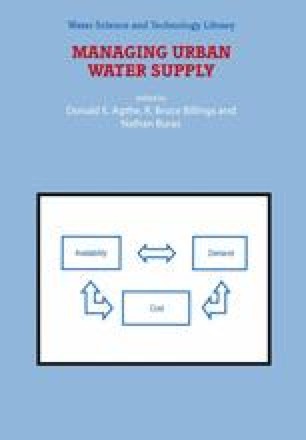 In the early years of water market development in the western United States, urban growth was the primary motivation for water transactions. Municipalities have engineered various types of water transfers over the past several decades, as they have sought to supply new residential and commercial customers and to drought-proof their supplies. While water transfers continue to be important for urban growth, they have also become a valuable tool for environmental protection and restoration. Some environmental advocates embrace voluntary transfers as a means to encourage water conservation, stretch scarce regional water resources and to replace the hostility created by litigation and forced administrative reallocations with collaborative interactions. Native American tribal governments also have an interest in water transfers (De Coteau, 2000). In some cases, tribes lease their water to others, while in other instances they seek water for reservation needs. Recreation advocates urge transfers to provide water for Whitewater rafting, sport fisheries and other recreational uses. Large-scale industrial users, such as power plants, mines, breweries and microchip plants buy, sell and lease water as their needs change. The agricultural sector is central to water transactions because crop irrigation is the primary consumptive use of water in most of the west. Therefore, agriculture is the sector which others look to for water.14.

Water Transfer Irrigation District Offer Price Water Market Water Acquisition
These keywords were added by machine and not by the authors. This process is experimental and the keywords may be updated as the learning algorithm improves.
This is a preview of subscription content, log in to check access.