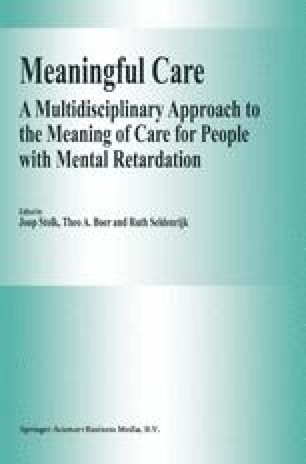 “L’Arche is special, in the sense that we are trying to live in community with people who are mentally handicapped. Certainly we want to help them grow and reach the greatest independence possible. But before ‘doing for them’, we want to ‘be with them’. The particular suffering of the person who is mentally handicapped, as of all marginal people, is a feeling of being excluded, worthless and unloved. It is through everyday life in community and the love that must be incarnate in this, that handicapped people can begin to discover that they have a value, that they are loved and so are lovable.”1

Mental Retardation Down Syndrome Character Friendship Categorical Imperative Protestant Church
These keywords were added by machine and not by the authors. This process is experimental and the keywords may be updated as the learning algorithm improves.

First published in: Stanley Hauerwas, Sanctify Them in the Truth. Edinburgh: T&T Clarj, 1998. Reprinted with permission.