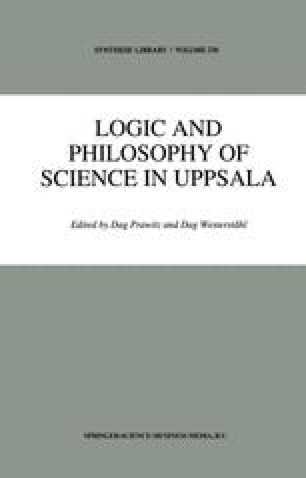 Towards a Mechanization of Real-Life Decisions

One reason why man has so far been remarkably successful is his awareness of the limited capacity nature has bestowed upon him and his proficiency in making suitable tools to increase his ability in various respects. An exception to this rule, however, is man as a decision maker: in this field he relies upon his intuition to a large extent, especially in the evaluative phase of a decision process, and he rarely questions this state of affairs, even when he is far from satisfied with the time needed to reach a decision and the arguments he is able to present in support of a given decision. This may in some cases be due to ignorance or unwillingness to change ingrained habits, but, at least in Sweden, many decision makers are deeply suspicious of existing formal methods of evaluating alternative courses of actions, their main argument being that these methods demand too much of the decision maker in terms of precision to be of any use to him. This need not be the case, though, as I hope to show in this paper: existing methods of evaluating alternatives can be used to differentiate between them even when the methods are based upon vague or numerically imprecise pieces of information. Moreover, this differentiation can, in most cases at least, be based on algorithms that are simple enough to be handled by existing computers.

Decision Maker Optimum Alternative Probability Part Finite List Maximin Rule
These keywords were added by machine and not by the authors. This process is experimental and the keywords may be updated as the learning algorithm improves.
This is a preview of subscription content, log in to check access.