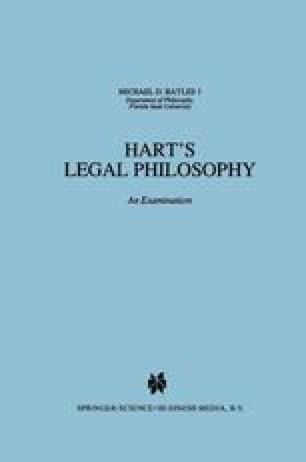 One of the most contested and practically significant topics in philosophy of law is the justification of punishment. The development of social sciences in the twentieth century, especially psychology and psychiatry, has led some prominent persons to suggest that the whole system of punishment should be drastically revised or eliminated (see Menninger 1968; Wootton 1963). Professor Hart has made notable contributions to clarifying the issues involved in justifying punishment and the various mental conditions of responsibility. He delves deeper into the moral principles involved in punishment than almost any other previous legal scholar. His account has spurred others to more thoughtful reflection and analysis than had previously been given.

Death Penalty Deterrent Effect Strict Liability Moral Evil Innocent Person
These keywords were added by machine and not by the authors. This process is experimental and the keywords may be updated as the learning algorithm improves.
This is a preview of subscription content, log in to check access.