On the Nature of Health 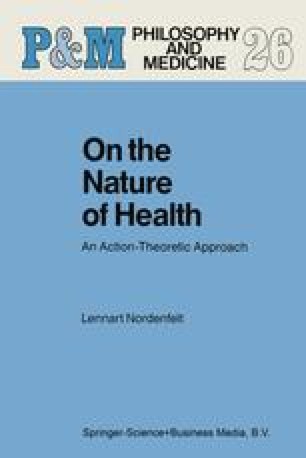 Some Basic Issues in the Philosophy of Health

Health has not generally been viewed as a proper object of philosophical study. It is not well known that health and health care were important topics for Plato and Aristotle, as well as for Descartes, Locke, and Kant. Few people know that the dominant school of medicine in Europe until the seventeenth century — Galenic medicine — was an application of central themes in Aristotle’s natural philosophy, or that many of the schools that followed were highly influenced by Descartes’ philosophy of man. Even fewer would believe that philosophical analysis or speculation could make any valuable contribution to modern medicine. Medicine has for a long time — so many would put it — been liberating itself from the bonds of philosophy in its move to become an empirical science.1

Basic Issue Holistic Perspective Empirical Theory Technical Concept Insurance Authority
These keywords were added by machine and not by the authors. This process is experimental and the keywords may be updated as the learning algorithm improves.
This is a preview of subscription content, log in to check access.