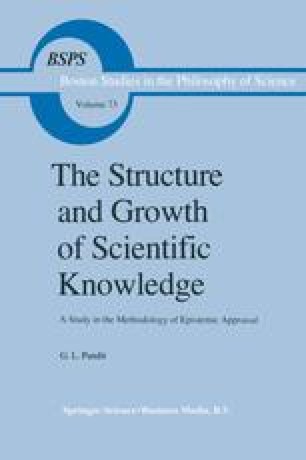 Epistemic Structuralism: The Limit to Radical Alternatives to Traditional Epistemology

It is indisputable that epistemology has been, ever since antiquity, concerned with the resolution of the complexities of human knowledge. But what are the salient features, if any, of this enterprise of traditional epistemology (TE) or the theories that have been developed under it (TE-theories)? Although of considerable independent philosophical interest, this vastly complex question assumes a crucial relevance against the current background of what may be termed ‘the radical alternatives to TE’ that have been recently proposed by Karl Popper and W. V. O. Quine respectively. Common to these proposals is the view that TE is totally misconceived; that the kinds of problems it raises and the solutions it offers are all fundamentally irrelevant to our proper understanding of human knowledge.

Human Knowledge Radical Alternative Epistemic Rationality Logical Empiricism Naturalize Epistemology
These keywords were added by machine and not by the authors. This process is experimental and the keywords may be updated as the learning algorithm improves.
Download to read the full chapter text

Cite this chapter as:
Pandit G.L. (1983) Epistemic Structuralism: The Limit to Radical Alternatives to Traditional Epistemology. In: The Structure and Growth of Scientific Knowledge. Boston Studies in the Philosophy of Science, vol 73. Springer, Dordrecht. https://doi.org/10.1007/978-94-015-7680-2_2