phenomenology and treatment of Psychophysiological Disorders 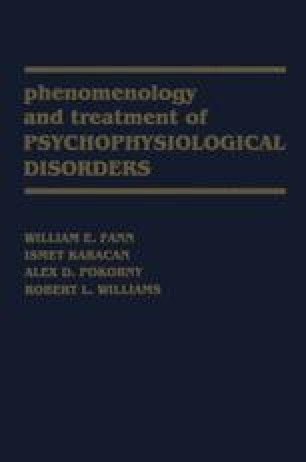 phenomenology and treatment of Psychophysiological Disorders pp 251-258 | Cite as

Interest in the relationship between mind and body has persisted from ancient Greek notions of the connection between bodily humors and personality types through the present times. A major change in the nature of investigations related to this interest was marked by William Beaumont’s observations on the relationship of gastric secretions to emotions. Beaumonfs early attempt to systematically study mind and body relationships occurred contemporaneously with very different but equally serious scientific investigations in Europe. Studies of hysterical phenomena by Charcot, Janet, Breuer, and, finally, Sigmund Freud demonstrated a far more pervasive effect of the mind on bodily functions than had ever before been appreciated. These divergent streams of thought began to merge around the developing discipline of psychosomatic medicine during the 1930s and 1940s. Studies done at the Chicago Institute for Psychoanalysis led to the development of specificity theory and a special therapeutic zeal for psychological intervention in psychosomatic disorders. Perhaps even more important than the theory of specificity itself is an underlying theme of these investigations and similar ones which have continued in many centers: Reliance on the study of phenomenologic parameters of disease processes is rarely adequate to either understand illness or plan comprehensive interventions. Since recent investigators have tended to develop one or more lines of investigations which match their theoretical and personal interests, it is now possible to describe illness processes at numerous levels of complexity and with considerable detail.

Anorexia Nervosa Eating Disorder Personality Type Psychosomatic Medicine Psychosomatic Disorder
These keywords were added by machine and not by the authors. This process is experimental and the keywords may be updated as the learning algorithm improves.
This is a preview of subscription content, log in to check access.