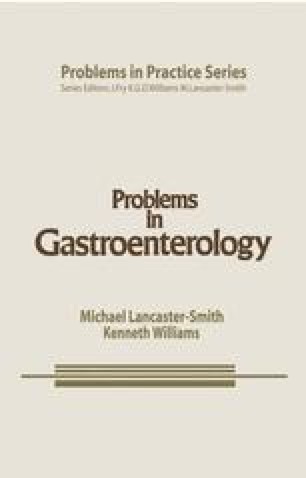 The commonest sites of peptic ulceration are the duodenum and stomach. Ulcers occur less frequently in the oesophagus as a complication of gastro-oesophageal reflux and at the anastomosis of stomach and intestinal mucosa following gastric surgery. Peptic ulcer is a worldwide disease. In the United Kingdom, duodenal ulcer has an annual incidence of more than two per 1000 in men and 0.62 per 1000 in women. Gastric ulcer is less common, the figures being 0.53 per 1000 for men and 0.31 per 1000 in women. It has been estimated that at some time in their life one in five men and one in ten women develop a peptic ulcer. Although duodenal and gastric ulcer are both very common diseases it seems likely that the incidence of both has decreased during the past 25 years. The reasons are not clear. Both gastric and duodenal ulcers are more common in UK social classes 4 and 5 than in those with professional and managerial occupations.

Duodenal Ulcer Gastric Ulcer Gastric Secretion Recurrent Ulceration Gastric Ulcer Healing
These keywords were added by machine and not by the authors. This process is experimental and the keywords may be updated as the learning algorithm improves.
This is a preview of subscription content, log in to check access.