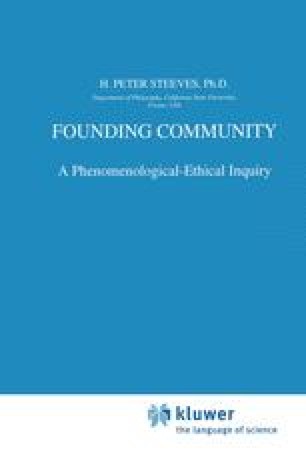 We saw in the last chapter that certain traditional ethical systems are fundamentally misdirected. The judgmental and relational theories (of which Kantianism and Utilitarianism were, respectively, the obvious examples) exhibit an inherent circularity: the former cannot account for the moral character of the categories it employs and the latter can only evaluate methods and actions while the goals of those actions are inexplicably either moral or amoral. In fact, the problem seems to be that such theories are not invalid, rather they are not theories of the type which can adequately classify acts and judge whether or not they belong to the realm of the moral.

Common Good Categorical Imperative Club Member Home Team Metaphysical Claim
These keywords were added by machine and not by the authors. This process is experimental and the keywords may be updated as the learning algorithm improves.
This is a preview of subscription content, log in to check access.