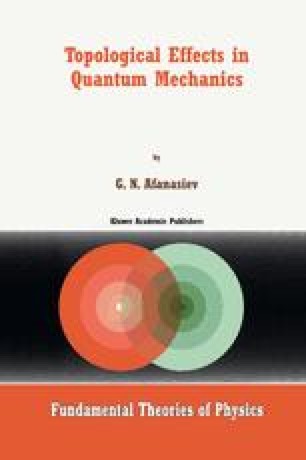 As far as we can tell, geometry became the arena of physics after the appearance of the Riemann’s paper ‘Ueber die Hypothesen welche der Geometrie zu Grunde Liegen’ [1.] Riemann suggested that the distribution of matter defines the metrical relations in the space-time manifold. In his own words (translated by H. Weyl [2]), “the question of the validity of the hyphothesis of geometry in the infinitely small is bound up with the question of the ground of it’s metric relations (measure conditions) outside in the binding forces which act upon it,” some guesses on this subject were also expressed by the Russian scientist Lobatchevsky [3] “It is the forces that produce everything; motion, time, mass, even the distances and angles.”

Shock Wave Magnetic Flux Gauge Transformation Magnetic Dipole Vortex Ring
These keywords were added by machine and not by the authors. This process is experimental and the keywords may be updated as the learning algorithm improves.
This is a preview of subscription content, log in to check access.