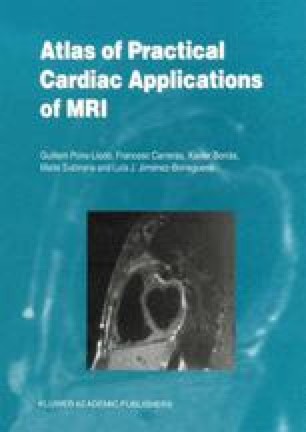 Medicine has been characterized during the second half of the twentieth century by a succession of spectacular advances in all fields. With respect to diagnostic methods, imaging techniques are required by clinicians with increasing frequ ency. Cardiology is one of the disciplines which has been most intensely affected by th is phenomenon, on which different interesting phases may be distinguished. First, during the decade of the sixties, the clinical tasks were supported only by plain radiography and the electrocardiogram. The introduction of angiohemodynamic techniques in the followin g decade represented the first stage in th e modernization of diagnostic cardiology, which was not accompanied by a similar development in the field of noninvasive methods, such as phonocardiography and pulse record ings, that continued to be used as an auxiliary tool. The introduction of Doppler echocardiography and isoto pic methods in the eighties represented a radical change in this sense, providing the clinical cardiologist with real noninvasive meth ods to document the diagnosis in practically all aspects of cardiac disease, except for the anatomy of the coron ary arteries. The widening of the horizons of angiohemodynamic techniques toward interventionalism has, at the same time, caused the global map of the applications of diagnostic meth ods to shift toward the point of equilibrium that we are familiar with today, one that makes cardiology one of the most highly technological disciplines.