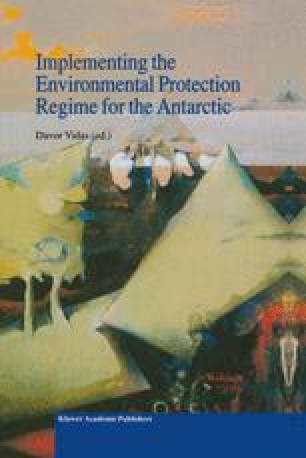 Regulating Tourism in the Antarctic: Issues of Environment and Jurisdiction

During the early 1990s, debate on the adequacy of the regulation of tourism in Antarctica provided one of the more vigorous exchanges between Antarctic Treaty parties. Coming so soon after the adoption of the Environmental Protocol,1the debate may have fuelled doubts amongst some commentators as to whether the environmental protection regime foreseen by the Protocol was indeed as comprehensive as Treaty parties had intended. The debate came at a sensitive time. In the late 1980s and early 1990s, just when the Antarctic Treaty2 was attempting to enhance its environmental credentials to a wider audience, including the United Nations, tourism, seemingly unregulated, was escalating at a considerable rate. With the increase in tourism came the concern that potential impacts might not only affect the Antarctic environment but also have adverse implications for other legitimate activities, notably scientific research and its associated logistics.

Foreign Affair Antarctic Environment Antarctic Treaty Annex Versus Port State Control
These keywords were added by machine and not by the authors. This process is experimental and the keywords may be updated as the learning algorithm improves.

Cite this chapter as:
Richardson M.G. (2000) Regulating Tourism in the Antarctic: Issues of Environment and Jurisdiction. In: Vidas D. (eds) Implementing the Environmental Protection Regime for the Antarctic. Environment & Policy, vol 28. Springer, Dordrecht