The Theory of Classes of Groups 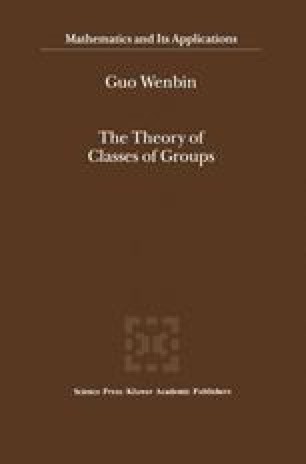 Fundamentals of the Theory of Finite Groups

Chapter
Part of the Mathematics and Its Applications book series (MAIA, volume 505)

Normal Subgroup Finite Group Maximal Subgroup Nilpotent Group Semidirect Product
These keywords were added by machine and not by the authors. This process is experimental and the keywords may be updated as the learning algorithm improves.
This is a preview of subscription content, log in to check access.