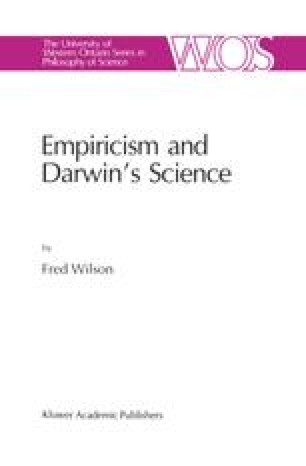 The Abstractive Nature of Theories

Kuhn’s Structure of Scientific Revolutions presents a picture of science that is often thought to be at odds with the philosophy of science of the positiviste — even though it was published in the International Encyclopedia of Unified Science series which had been founded by Otto Neurath to stand as a monument to positivism. It is certainly true that Kuhn’s picture of scientific research does not fit the probabilistic picture that Carnap defended. But in fact Carnap’s programme was supported only by the narrow group of positivists whose loyalty he had garnered. It was never accepted by Neurath, for example, nor by several other members of the Vienna Circle, including Gustav Bergmann. What is not so clear is that the account of the logic of theory structure that Kuhn’s picture requires is incompatible with the logic defended by the positivists.

Hard Core Force Function Definite Description Existential Quantifier Propositional Function
These keywords were added by machine and not by the authors. This process is experimental and the keywords may be updated as the learning algorithm improves.
This is a preview of subscription content, log in to check access.