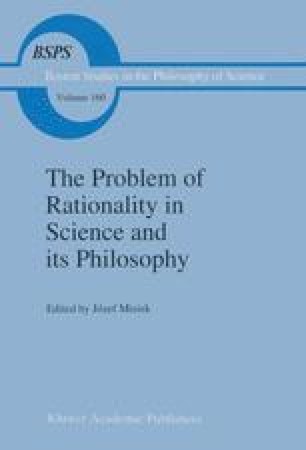 Tacit Knowing and the Rationality of Science

Recognition of the tacit and personal component of our knowledge resulted in significant revisions in simplified theories of scientific rationality and objectivity. As a result, Polanyi’s epistemological contributions are used not only to justify the conclusions that ‘absolute objectivity is a Pickwickian notion’ and that ‘the search for a universal rationality is Utopian’, but also to criticise basic principles of traditional rational epistemology. The author of Personal Knowledge is often cited next to Thomas Kuhn, Paul Feyerabend and the later Wittgenstein by authors who try to defend the doctrine of the relativism of truth. According to their arguments, the traditional opposition between objective and subjective, rational and irrational, must collapse because all our knowledge is to some extent tacit, and no set of cognitive procedures can unambiguously grasp the meaning dependent upon empathic indwelling of the human subject.

Scientific Rationality Personal Knowledge Methodological Principle Creative Imagination Bantam Book
These keywords were added by machine and not by the authors. This process is experimental and the keywords may be updated as the learning algorithm improves.
This is a preview of subscription content, log in to check access.