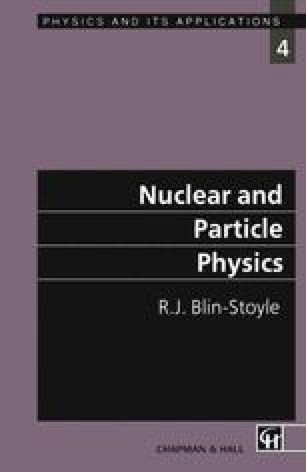 Chapter
Part of the Physics and Its Applications book series (PHAP)

The idea that matter consists of an assembly of atoms derived from Democritus (5th century BC). But it was not until the renaissance that development of the atomic concept began (e.g. by Hooke in the 17th century) and crude ideas about a kinetic description of matter were discussed. In the early 19th century Dalton and Gay-Lussac carried out quantitative chemical experiments which began to put the atomic hypothesis onto a firm basis as well as establishing the idea that atoms can combine together in the form of molecules. Following this, the kinetic theory of gases was developed in which physical properties of a gas such as pressure and temperature could be understood in terms of the motion of individual atoms and molecules. This culminated in the formulation of statistical thermodynamics in the middle of the 19th century by Maxwell, Boltzmann and Gibbs and the atomic concept became firmly established.

Discharge Tube Zinc Sulphide Nuclear Atom Gold Foil Atomic Mass Unit
These keywords were added by machine and not by the authors. This process is experimental and the keywords may be updated as the learning algorithm improves.
This is a preview of subscription content, log in to check access.