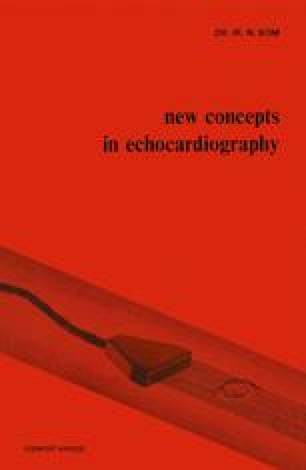 On the Limitations of Ultrasound

After a discussion on specular reflection it is explained, by way of example, why in mitral leaflet motion recording the echo may vanish during part of the cardiac cycle. Next the influence of the chosen level of detection and amplification on range precision and axial resolution is explained. As a fourth topic, the reduction in lateral resolution due to substantial beam width and the effect of side lobes in the beam pattern on the echogram will be discussed. In both the non-invasive and the catheter tip diagnostic systems the zones from which erroneous echoes may arise have been calculated and measured for a circular reflector. The last part of this chapter is devoted to the Doppler effect.

Lateral Resolution Side Lobe Specular Reflection Directivity Pattern Main Beam
These keywords were added by machine and not by the authors. This process is experimental and the keywords may be updated as the learning algorithm improves.
This is a preview of subscription content, log in to check access.