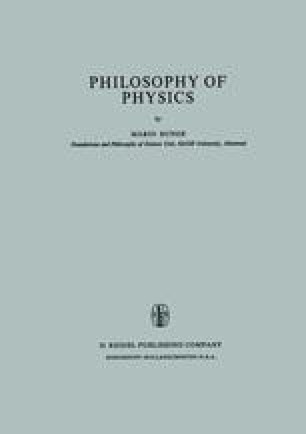 The Network of Theories

Every single physical theory can be neatly articulated, i.e., axiomatised. How about the whole lot of theories? Would it be possible to organise them into a single gigantic system with a fundamental or comprehensive theory at the basis and the various regional theories as so many logical consequences of that basis? Such an organisation has been dreamed of several times. A century ago mechanics was regarded as the foundation of the whole edifice of physics; later on the hope shifted to electrodynamics; more recently, to general relativity or to quantum mechanics. But so far no thoroughly unified (or rather unifying) physical theory has been found that accounts for the whole of physical reality and contains every particular theory. What has been found is (a) that the number of theories keeps increasing, (b) that some theories, formerly believed to be autonomous, prove to be subtheories of others, and (c) that whole classes of theories can be formally subsumed under comprehensive formalisms, such as the lagrangian one which, alas, has hardly any physical meaning. Obviously none of these partial successes meets the requirement of thorough mathematical and physical unification. So, we remain practical pluralists even though some of us may dream of a single super-theory. And, understandably enough, most of us are more anxious to evolve theories accounting for uncharted territories, like high energy physics, than to unify the existing, obviously insufficient theories.

Quantum Mechanic Classical Mechanic Scientific Theory Physical Theory Reference Class
These keywords were added by machine and not by the authors. This process is experimental and the keywords may be updated as the learning algorithm improves.

Some paragraphs are reproduced from Bunge (1970c) with the permission of the editor and publisher.

Cite this chapter as:
Bunge M. (1973) The Network of Theories. In: Philosophy of Physics. Synthese Library (Monographs on Epistemology, Logic, Methodology, Philosophy of Science, Sociology of Science and of Knowledge, and on the Mathematical Methods of Social and Behavioral Sciences), vol 45. Springer, Dordrecht. https://doi.org/10.1007/978-94-010-2522-5_9