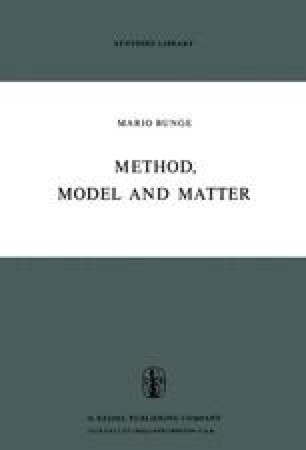 Metaphysics is back and doing rather well considering that it was pronounced defunct several times over the past two centuries. It comes in three different species: plain, exact, and scientific. Plain metaphysics ranges from elaborate nonsense through archaic common sense to deep and sophisticated yet outdated good sense. Although it is a rich mine of problems and insights, plain metaphysics is too far removed from contemporary knowledge. On the other hand, exact metaphysics, as exemplified by the so-called calculus of individuals and by some recent theories of possibility and of time, is done with the explicit help of contemporary logical or mathematical tools. It is living proof that metaphysics need not be obscure and on bad terms with logic. All too often, though, exact metaphysics neglects the philosophical tradition or does not care much for science, thus tending to become a futile exercise in applied logic. Scientific metaphysics is more ambitious: it attempts to solve some of the problems left over by plain metaphysics, it tackles new problem, and it tries to be in tune with both formal and factual science.

Scientific Theory Natural Kind Ring Theory Automaton Theory Metaphysical Theory
These keywords were added by machine and not by the authors. This process is experimental and the keywords may be updated as the learning algorithm improves.

Cite this chapter as:
Bunge M. (1973) Is Scientific Metaphysics Possible?. In: Method, Model and Matter. Synthese Library (Monographs on Epistemology, Logic, Methodology, Philosophy of Science, Sociology of Science and of Knowledge, and on the Mathematical Methods of Social and Behavioral Sciences), vol 44. Springer, Dordrecht. https://doi.org/10.1007/978-94-010-2519-5_8