From Substance to Subject 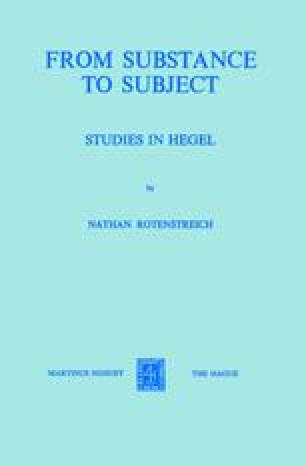 The First and the Second Synthesis

The term “dialectic” has already appeared at several points in our discussion. We will now look into the essence of dialectic as such. It is mandatory to explore the formal structure of the dialectical shifts as they emerge at different junctures of Hegel’s system.

Market Economy Logical Possibility Pure Knowledge Hegelian Dialectic Genetic Definition
These keywords were added by machine and not by the authors. This process is experimental and the keywords may be updated as the learning algorithm improves.
This is a preview of subscription content, log in to check access.