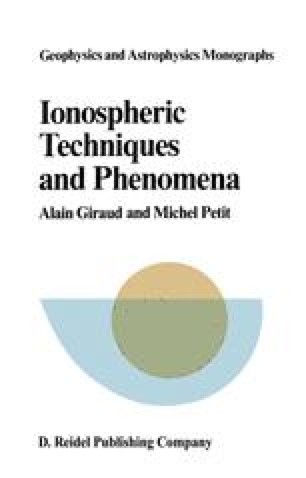 The use of the word ‘scattering’ or ‘scatter’ is rather loose, and the distinction between the propagation of waves as discussed in the preceding chapter, and in this one, is somewhat artificial. What we have been concerned about so far is the effect on wave propagation of the fundamentally one-dimensional, plane stratified structure of the ionospheric plasma (except for magnetic field direction); furthermore we have supposed that its characteristics are homogeneous and slowly varying on the scale of the probing electromagnetic wavelength and frequency. We now turn to propagation phenomena and techniques which result from the more or less ubiquitous and permanent departure from such simple conditions in the ionosphere, that is to say, to the influence on wave propagation of the existence of ever changing irregular blobs of excess or deficiency in ionization density. In general, as we shall see, a new dimension is brought in by scattering techniques as they allow the observation of ionospheric motions.

Radio Wave Plasma Wave Fresnel Zone Plasma Line Neutral Atmosphere
These keywords were added by machine and not by the authors. This process is experimental and the keywords may be updated as the learning algorithm improves.
This is a preview of subscription content, log in to check access.

Cite this chapter as:
Giraud A., Petit M. (1978) Scattering of Radio Waves. In: Ionospheric Techniques and Phenomena. Geophysics and Astrophysics Monographs (An International Series of Fundamental Textbooks), vol 13. Springer, Dordrecht