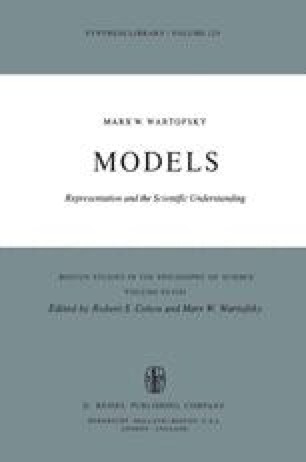 Hume’s Concept of Identity and the Principium Individuations

[1961]
Chapter
Part of the Boston Studies in the Philosophy of Science book series (BSPS, volume 48)

In Hume’s account of Identity, an apparent contradiction is presented as the ground for introducing the principle of Imagination as the source of that fiction by means of which we attribute not merely continued existence to objects when they are not present to the senses, but an identity through time to the objects so conceived. On the grounds of an epistemological critique, the ontological identity of persistent objects is declared fictive. But in the process of this analysis, an alternative ontological scheme is proposed, whose import is often overlooked in accounts of Hume’s empiricism. It is obscured by Hume’s ambivalent usage of key terms in the Treatise, but I think it can be shown to emerge from an analysis of the conceptual elements in his scheme. Such an analysis is instructive not only in terms of what may be inferred from what Hume himself has to say, but also in terms of Hume’s dependence on, and transformation of, historically antecedent concept-structures. I hope to show that from Hume’s own account, he is to be reckoned not as a clear atomist, but as an ambiguous one, with strong elements of that relationalism which is identified with the tradition of Leibniz and Whitehead.

Ontological Commitment Distinct Perception Perfect Identity Distinct Impression Distinct Existence
These keywords were added by machine and not by the authors. This process is experimental and the keywords may be updated as the learning algorithm improves.
This is a preview of subscription content, log in to check access.