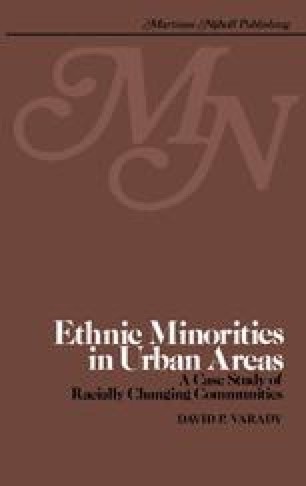 The racial transition process: Is Wynnefield a typical changing community?

Wynnefield has undergone ethnic succession twice during this century. During the 1920’s, the community shifted from predominantly white Anglo-Saxon Protestant to Eastern European Jewish. During the 1960’s, the community underwent racial turnover and by 1970 the community was roughly one-half black. This chapter focuses on the latter shift. It seeks to determine the extent of resemblance between the racial transition process in Wynnefield and the process in other middle-class communities that have been studied. It also attempts to identify those aspects of the process that are distinctive to Jewish communities.

Jewish Community Black Family White Family Family Life Cycle White Resident
These keywords were added by machine and not by the authors. This process is experimental and the keywords may be updated as the learning algorithm improves.
This is a preview of subscription content, log in to check access.