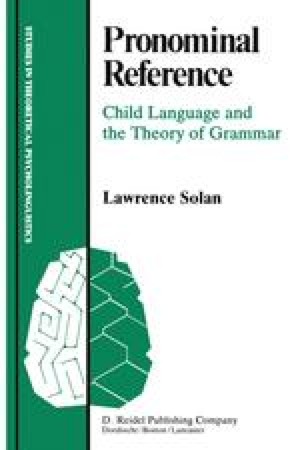 In Chapter 1, I presented a general picture of the kinds of issues that language acquisition research may help resolve, summarizing the kinds of experimental evidence that have already proven to be interesting. In this chapter, I will summarize the findings reported throughout this book, emphasizing whatever contributions these studies make toward addressing the more general issues. The difficulty with using language development data as evidence in linguistic theory is that the theory itself relates an initial State, S0, with a steady State, Sn, but the child whose language development is being investigated is at neither of these states. For this reason, inferences must be drawn from some intermediate stage, Si, about both earlier stages and later ones, for this research to shed any light on the issues facing linguistic theory. I provided, in Chapter 1, two illustrations of how such inferences may be made. First, language acquisition research may reveal that children have control of structures to which they have had little exposure, largely because the structures are marginal, and rarely used in everyday speech.