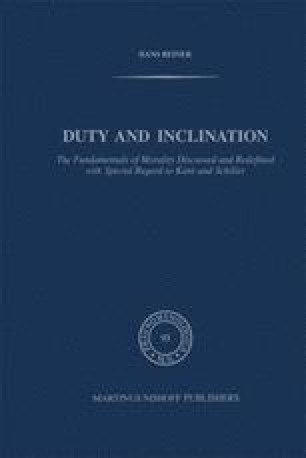 Is Value Ethics Out of Date?

For a half century, from the beginning of the 1900s, when Edmund Husserl conceived the plan of a phenomenological value ethics,1 till the end of the 1950s, during which period Max Scheler, Nicolai Hartmann, and other followers of Husserl elaborated his plan into systems, value ethics was the predominant school of philosophical ethics in Germany.2 Subtle investigations with the same purpose of founding ethics in the givenness of values were being published in other countries as well in this period and received much attention. Studies by George E. Moore and W. David Ross in England are notable examples.3 These theories all rested in a principle that, since Sidgwick, had been called intuitionism in England. That is, they all assumed values to resemble e.g. the color green or yellow in admitting of no real definition, and in being apprehended not from their nominal definitions, but only by a kind of intuition. A difference to qualities of color was that the intuition by which values were supposed to be known was non-sensible.

Analytic Ethic Ethical System Philosophical Ethic Real Definition Empirical Proof
These keywords were added by machine and not by the authors. This process is experimental and the keywords may be updated as the learning algorithm improves.
This is a preview of subscription content, log in to check access.