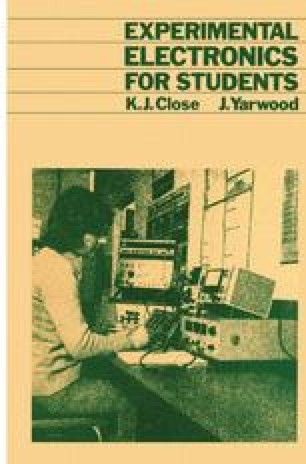 Devices used in logic circuits to control or to effect the passage of information through the system are called logic gates. There are two widely-used families of logic gates, both in integrated circuit form: (a) transistor — transistor logic (TTL) and (b) complementary — metal — oxide — semiconductor (CMOS, pronounced ‘see-moss’). Both are to be described here but with attention given first to TTL because it came first chronologically and has been used more, although CMOS is gradually replacing TTL in many applications. Typical examples of these two families are the 7400 TTL series (introduced by Texas Instruments) and the 4400 CMOS series. While the fundamental principles involved in a digital system are the same and must be understood, each family offers some major advantages.