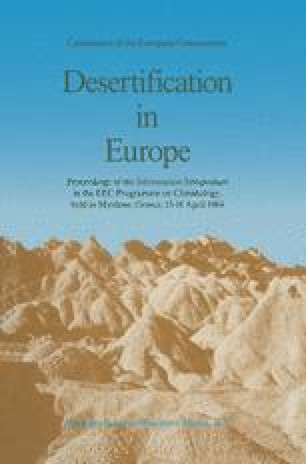 Desertification in Europe pp 49-58 | Cite as

During the Holocene not less than 19 holocene soils occurred to exist interfering with fluviatile phases. As of 700 BC valleys are completely filled up, so that also present coastal configuration came into being.

Late Pleistocene Holocene Soil Tropical Climatic Condition Short Term Cycle Terrace Step
These keywords were added by machine and not by the authors. This process is experimental and the keywords may be updated as the learning algorithm improves.
This is a preview of subscription content, log in to check access.