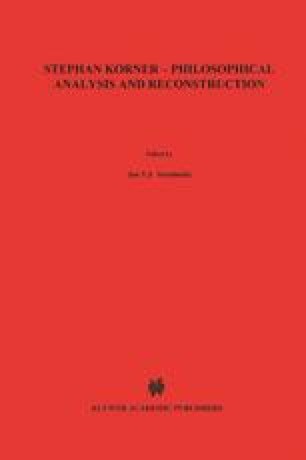 Professor Beck’s paper has — as was to be expected — proved of great exegetic and philosophical value to me. His clear distinction between five Kantian conceptions of freedom should advance any student’s and scholar’s understanding of Kant’s doctrine of the relation between moral freedom and natural necessity. I, for one, certainly intend to use his discussion in any future course on Kant’s philosophy. Beck expresses his discomfort about Kant’s approach to the problem of the Third Antinomy and his solution of the problem by pointing out that, if one accepts that solution, then one must be content to “ascribe freedom only to the noumenal man”, yet nevertheless “hang the phenomenal man”. Beck is right in thinking that I share his discomfort and that my own view resembles the view which he proposes and defends in his book The Actor and the Spectator. Since in what follows I shall dwell on some differences between our views, it seems proper to emphasize at the outset that I regard our points of agreement as far more important than our differences. Indeed the differences between us have their source not in our approach to ethics but to the philosophy of science. In the following brief remarks I shall begin by trying to formulate the problem of effective freedom and various proposals for solving it, including the proposal on which Beck and I agree (Sect.1).

Regulative Principle Constitutive Principle Bodily Conduct Natural Necessity Moral Freedom
These keywords were added by machine and not by the authors. This process is experimental and the keywords may be updated as the learning algorithm improves.
This is a preview of subscription content, log in to check access.