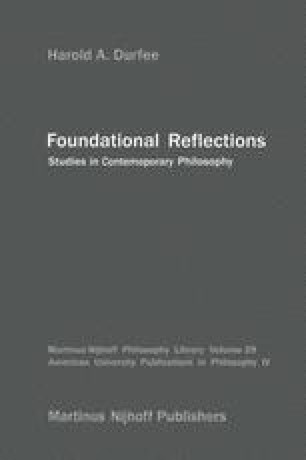 Philosophical Idealism, the Irrational and the Personal

The potentiality and power of human rationality is the hallmark of Greek philosophy, whether Platonic or Aristotelian. Renaissance and Enlightenment philosophers developed the logos of rationality as a central feature of modern culture, either in the form of mathematical rationalism or experiential reasoning, with appropriate debate between these diverse modes. A self-consciousness culmination of the logos of reason was the elaboration of German Idealism complimented by Anglo-Saxon representatives, which idealism came under severe attack in the twentieth century from both postivistic or analytic philosophers as well as from phenomenological and existential thinkers. Within this latter community and specifically in the arena of philosophy of religion, a most serious attack was launched upon European Idealism and classical rationalism, which attack is the focus of this essay.

European Idealism German Idealism Moral Idea Philosophical Idealism Positive Philosophy
These keywords were added by machine and not by the authors. This process is experimental and the keywords may be updated as the learning algorithm improves.
This is a preview of subscription content, log in to check access.