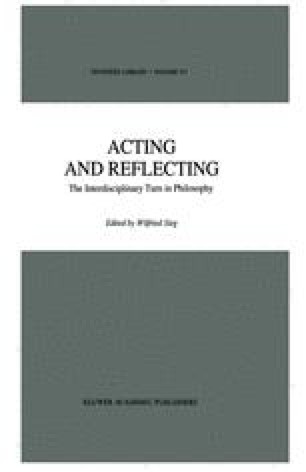 “What is your husband studying?” asked Mrs. Sadni. It was 1965, I was a first-year graduate student at the University of Pittsburgh, and my wife had run into the building-superintendent’s wife in the laundry room of our apartment house.

Mass Noun Count Noun Apartment House Foundational Question Philosophy Faculty
These keywords were added by machine and not by the authors. This process is experimental and the keywords may be updated as the learning algorithm improves.

We say that the most dangerous criminal now is the entirely lawless modern philosopher. Compared to him, burglars and bigamists are essentially moral men; my heart goes out to them. They accept the essential ideal of man; they merely seek it wrongly. Thieves respect property. They merely wish the property to become their property that they may more perfectly respect it. But philosophers dislike property as property; they wish to destroy the very idea of personal possession. Bigamists respect marriage, or they would not go through the highly ceremonial and even ritualistic formality of bigamy. But philosophers despise marriage as marriage. Murderers respect human life; they merely wish to attain a greater fullness of human life in themselves by sacrifice of what seems to them to be lesser lives. But philosophers hate life itself, their own as much as other people’s. G.K. Chesterton, The Man who was Thursday