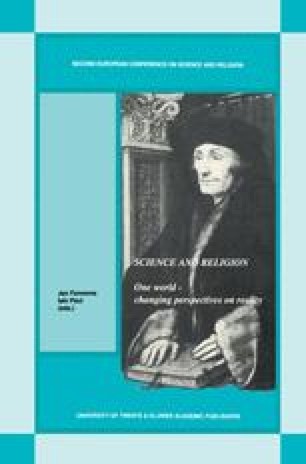 Physics, life and mind: The scope and limitations of science

What, precisely, are the ‘changing perspectives on reality’ in contemporary scientific thought? The topics of the lecture are the scope and the limits of science with emphasis on the physical foundations of biology. The laws of physics in general and the physics of molecules in particular form the basis for explaining the mechanism of reproduction, the generation of structure and form in the course of the development of the individual organism, the evolution of the diversity and complexity of organisms by mutation and selection, and the control of behaviour by information processing in the nervous system. However, the application of scientific thought to its own foundations reveals some basic limitations in science: indeterminacy in quantum physics, the limits of decidability in mathematics, and, most likely, the limitations of an algorithmic theory of the brain-mind relationship. In all these cases, the application of scientific methods to their own presuppositions leads us to recognize their intrinsic limitations. These limits, in turn, are closely related to fundamental philosophical questions on the relationship between human knowledge and reality. Modern science is consistent with different, though of course not all, interpretations of man and the universe, including the religious interpretations of the universe as God’s creation and man as God’s (mentally creative) image.

Mental Aspect Formal Thinking Philosophical Interpretation Morphogenetic Field Religious Interpretation
These keywords were added by machine and not by the authors. This process is experimental and the keywords may be updated as the learning algorithm improves.
This is a preview of subscription content, log in to check access.