The Ecology of Urban Habitats 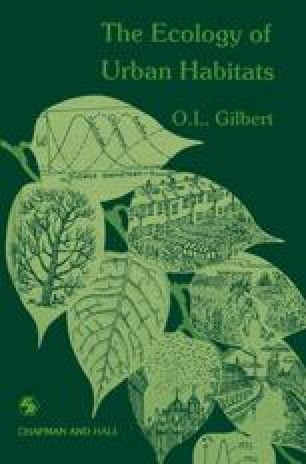 Allotment development perceived as clusters of semiprivate rectilinear plots, monotonous in layout and often unattractive in appearance, is a feature of most towns and cities in Britain. The average provision in urban areas is around 0.4 ha (1 acre) per thousand head of population, though in 1967 the railway town of Wolverton, Bucks achieved a record 6.0 ha (15 acres) per thousand population. By way of contrast, a number of London Boroughs and certain towns in South Lancashire have little, if any, allotment land. Its importance as a habitat lies in the rich and varied communities of annual weeds which are constantly present in all worked plots, the strange secondary successions which commence once holdings become abandoned, the frequent occurrence of stable supplementary habitats; and a few species that have been identified that are commoner in allotments than anywhere else. There is some overlap with gardens.

Allotment Land Canary Grass Equisetum Arvense Compost Heap Meadow Pipit
These keywords were added by machine and not by the authors. This process is experimental and the keywords may be updated as the learning algorithm improves.
This is a preview of subscription content, log in to check access.

Cite this chapter as:
Gilbert O.L. (1989) Allotments and Leisure Gardens. In: The Ecology of Urban Habitats. Springer, Dordrecht