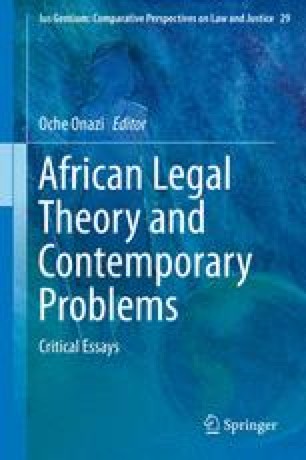 Crime Detection and the Psychic Witness in America: An Allegory for Re-appraising Indigenous African Criminology

Prior to the advent of colonialism, indigenous people of sub-Saharan Africa had their system of criminology for the prevention or repression of crimes in a broad drive of social control. With the system being a creation of the people for themselves, the level of acceptance and reverence for it was relatively high. Moreover, in the prevention, detection and other aspects of crime control, reference is made to supernatural forces for intervention through oath-taking processes and objects of fetishism, charms, magic and some other measures. The supernatural dimension facilitated a socio-legal atmosphere in which the potent elements of mysticism and debilitating fear of terrifying deities helped to keep crimes at relatively manageable levels. The indigenous system, vis-à-vis its supernatural leaning, has been criticized as barbaric, unscientific and outdated, among others. Using Nigeria as a reference point, the chapter will expand on the persistent attractiveness of the indigenous approach among Africans due to the loss of confidence in the imposed foreign system of criminology. The central claim in this chapter is that there is a need to re-evaluate the essence of indigenous African criminology. The chapter suggests that post-colonial African governments can gain some vital lessons in crime control from the indigenous approach.

Social Control Crime Control Supernatural Force Indigenous System Indigenous Practice
These keywords were added by machine and not by the authors. This process is experimental and the keywords may be updated as the learning algorithm improves.
This is a preview of subscription content, log in to check access.