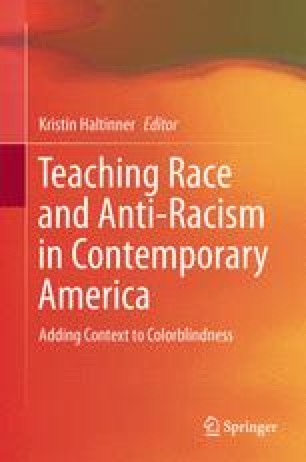 Race, Class and Transformation: Confronting Our History to Move Forward

From inside today’s bottom-up movement for equality, justice, democracy and social transformation, we want to share experiences and lessons for understanding race and class in the context of historical and contemporary U.S. capitalism and social struggle. We cannot resolve a problem unless there is clarity about its root cause. America at its inception was a Southern nation grounded in genocide and slavery. The white supremacy and racialization embedded in law and society is no longer de jure, but its content remains de facto in every aspect of social life, even in the so-called “post-racial era.” The question of race in America – from indigenous genocide and the slave system, to the attack on immigrant communities and the execution of Troy Davis – inextricably links race and a racially exploitative and oppressive system to the very core of American class exploitation and super-exploitation, state power and repression, ideology, and social and environmental well bring. Based on this history of U.S. capitalism and the deep interpenetration of race and class, we argue that it is not possible to resolve racism and white supremacy until capitalism is ended. In the classroom of life – whether formal education settings, or the movement itself – theory, practice, and study around these questions is increasingly converging. We offer as a pedagogical tool the critical study of social history – the debunking of historical myth and the claiming of our real history of domination, oppression, and exploitation, and of resistance and social struggle. This means gaining clarity around the victories of past movements, what has and has not been won, and where we are today and why. The intensifying motion and activity in society in the current moment in response to the deepening economic crisis presents the strategic opportunity for confronting our history to move forward.

Social Movement Slave System Immigrant Worker Public Sociology Institutional Racism
These keywords were added by machine and not by the authors. This process is experimental and the keywords may be updated as the learning algorithm improves.
This is a preview of subscription content, log in to check access.