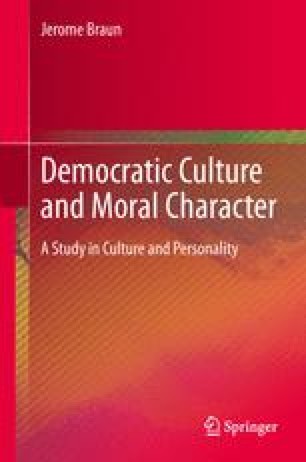 The Faking of Charisma and Decadence: Cultural Decay Through the Ages

The bureaucratization of society is discussed with reference to both competent and incompetent managements, starting with such examples as the rise of monarchy. The tendency of social evolution to result in cycles of governments becoming more tyrannical and priesthoods becoming more neurotic until there is backlash, and then the process repeats itself, is illustrated. There is discussion of why everyday morality is not easily enforced upon the powerful in bureaucratic organizations. Modernization of communities is also discussed. Standards for evaluating “charisma” and “celebrity” are then derived from the work of such writers as Philip Rieff and Eva Illouz with some discussion of secular versions of originally religious values. The history of “bread and circuses” to provide escapism for the masses is then discussed, including its place in inspiring modern American political ideals.

Cite this chapter as:
Braun J. (2013) The Faking of Charisma and Decadence: Cultural Decay Through the Ages. In: Democratic Culture and Moral Character. Springer, Dordrecht