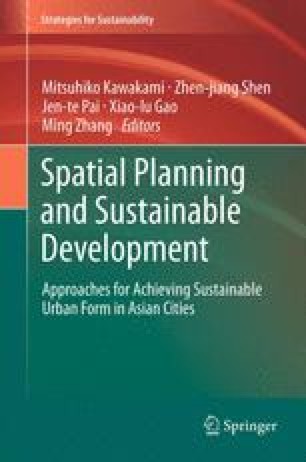 Chapter
Part of the Strategies for Sustainability book series (STSU)

This study explores the connotations of vulnerability, the proposed indicators of vulnerability using the Fuzzy Delphi expert panel, and the establishment of an indicators system. Afterward, a multi-criteria assessment of the Analytic Hierarchy Process and Analytic Network Process was applied to be able to identify the indicators of the vulnerability of urban class relations and the weight of the metropolitan area, in order to finalize the vulnerability and resilience of the indicators system. Finally, the proposed assessment framework was applied to the five major metropolitan areas in Taiwan as an empirical analysis. Research results satisfied all relevant vulnerability assessments, including exposure, sensitivity, and resilience; Fuzzy Delphi survey was utilized to adjust the indicators system for the metropolitan areas of Taiwan to establish the vulnerability of the flood disaster assessment framework. This study also found that hardware and software infrastructure, preparedness, and response capabilities and the ability to reconstruct and rehabilitate the assessment of vulnerability get more than half the weight. The study considers the opinions of different decision-making groups to assess the typhoon hazard vulnerability of each metropolitan area. The overall typhoon hazard vulnerability is Tainan> Taichung> Taoyuan Chungli> Kaohsiung> Taipei. Comparisons were made of the different aspects of vulnerability indicators for each area, and some policy suggestions were proposed, such as the following: (1) through hazard information, integrate and establish a complete disaster-prevention database; (2) strengthen preparation, emergency responsiveness, and resilience and adaptation ability; (3) balance the needs of disaster prevention among all regions; and (4) undertake preparation and disaster-prevention planning in different scales.