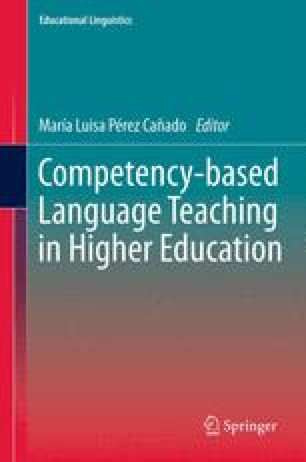 Teaching and Learning Languages in the Era of Globalisation

One of my former students is Estonian, but he had decided that he wanted to complete his first degree in Denmark, studying his preferred subject through the medium of English in an internationally oriented programme. Before even entering this programme, he had to document his advanced language skills in English, learned in his home country, by achieving a certain level in one of the appropriate internationally recognised language tests (IELTS, TOEFL, etc.). And he did. When he came to Denmark, he embarked on a language course, learning Danish to a level which allowed him to live and study in Denmark for 3 years, and in his third year of study, when he spent an exchange semester in Greece, he learnt ‘survival’ Greek. Why do I tell this story? Because young Europeans learn languages with a purpose; for most of them, learning languages is a means to an end. This Estonian student chose to apply for an internationally oriented first-cycle (Bachelor) degree programme taught in English in order to enhance his opportunities on the European, or indeed international, labour market when he graduated. In order to do so, he had to learn English: all five skills in the Common European Framework of Reference for Languages to an advanced C1 level before he even enrolled at university (Council of Europe 2001). His learning of a certain, less advanced level of Danish and Greek was prompted by his wish to communicate within the local community while abroad, thus at one and the same time benefitting from the local as well as the international community and the cross-cultural and intercultural exchanges they afford. When he graduated, he had not only prepared himself for a professional career using the subject-specific competencies learned in his degree programme, but certainly also acquired a set of linguistic and intercultural competences that, by all accounts, will serve him well in the labour market.

Labour Market Foreign Language Entrance Level Language Competence European High Education Area
These keywords were added by machine and not by the authors. This process is experimental and the keywords may be updated as the learning algorithm improves.
This is a preview of subscription content, log in to check access.