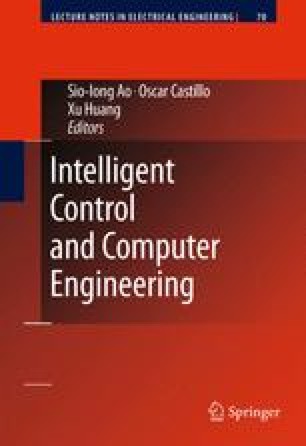 This research develops a learning method for the pass selection problem of midfielders in RoboCup Soccer Simulation games. A policy gradient method is applied as a learning method to solve this problem because it can easily represent the various heuristics of pass selection in a policy function. We implement the learning function in the midfielders’ programs of a well-known team, UvA Trilearn Base 2003. Experimental results show that our method effectively achieves clever pass selection by midfielders in full games. Moreover, in this method’s framework, dribbling is learned as a pass technique, in essence to and from the passer itself. It is also shown that the improvement in pass selection by our learning helps to make a team much stronger.

Appendix 1: Heuristics from U1 to U5

We define five heuristics from U 1 to U 5 for evaluating the current position of a teammate as a desirable pass receiver. All U i are normalized between 0 and 10.

(i) U 1(a λ ;s λ ) considers the existence of opponents on the pass course and is defined by
Open image in new window

(7)
where diff is the angle between the pass direction and the direction to an opponent. AgentDist is the distance between a passer and a receiver. OppDist is the distance between a passer and the nearest opponent player to the passer (Fig. 4a). If a passer cannot get enough information to calculate all three values, we set U 1=2.0. If a passer perceives more than one opponent, values of U 1 are calculated for all opponents and the smallest of these values is used.
(ii) U 2(a λ ;s λ ) evaluates distance min_dist between a receiver and the opponent nearest to the receiver (Fig. 4b). It is defined by
Open image in new window

(9)
(iv) U 4(a λ ;s λ ) expresses a heuristics that the nearer receiver to the opponent’s goal has a greater chance of scoring a goal. It is defined by
Open image in new window

(10)
where goal_dist is the distance between a receiver and the goalmouth of the opponent team.
(v) U 5(a λ ;s λ ) evaluates the degree of certainty of a receiver’s position perceived by the passer and is defined by
Open image in new window

(11)
where confidence is the reliability of the receiver’s position. The value confidence is defined by
$$ \mathit{confidence} \equiv\max\biggl( 1 - \frac{\mathit{CurrentCycle} -\mathit{LastSeeCycle}}{100},0 \biggr),$$
(12)
where CurrentCycle is the current time and LastSeeCycle is the latest time when the passer saw a receiver. The later the information is, the higher its reliability is.

In Ref. [14], we defined non-MDPs and proved several theorems even in non-MDPs. We show a brief summary of Ref. [14] in this appendix. Non-Markov Decision Processes(Non-MDPs or N-MDPs) are defined by stochastic decision processes without one or some properties in transition probabilities \(P^{a}_{ss'} =P(s_{t+1}=s'|s_{t}=s,a_{t}=a)\), expectation of rewards \(R^{a}_{ss'}=E[r_{t+1}|s_{t}=s,a_{t}=a,s_{t+1}=s']\), and agent policy π(s,a)=P(a t =a|s t =s), where s t is the state of the environments and a t is an action of an agent at time t. An agent receives reward r t at time t. Note that whether a learning problem becomes a problem in MDP or non-MDP depends on a system designer’s definition of s, a, and π(s,a). Non-MDPs are processes where at least one of three quantities depends not only on the current state of the environment but also past states or actions. We proved four theorems and two corollaries in Ref. [14]. However, we show only Theorem 1 in this appendix.

MDP is a special case of non-MDP. Theorem 1 shows how the gradient of the expected discounted return in non-MDPs is expressed in MDPs.

ρ(π) is the expected discounted return from initial state s 0 following policy π. Q π (s,a) is an action-value function, and d π (s) is a discounted weighting of states encountered starting at s 0 and then following policy π. The expression in (13) agrees with the result derived independently by Sutton et al. [18] and by Konda and Tsitsiklis [19] for policy gradient learning in MDPs.