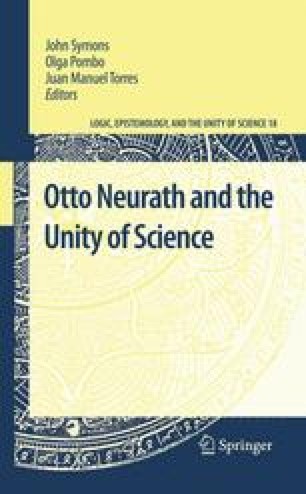 The history of the relations between the Frankfurt School and the Vienna Circle during the period between the world wars is now generally well known. Since the eighties and nineties historians and historians of science like Friedrich Stadler, Elisabeth Nemeth, Rainer Hegselmann, George Albert Reich and Hans-Joachim Dahms described the “Exodus of scientific reason”1 under the rule of National Socialists in detail.

Critical Theory Vienna Circle Frankfurt School Absolute Point Inventory Number
These keywords were added by machine and not by the authors. This process is experimental and the keywords may be updated as the learning algorithm improves.
This is a preview of subscription content, log in to check access.

I thank the stuff of the librarians in the Haarlem-Archive of the Rijksarchief in Noord-Holland for their invaluable help and my colleague Karsten Strathausen for reviewing this english version of my text. – Thanks also to Thomas Bonk for his english translation of Neurath’s Erwiderung.