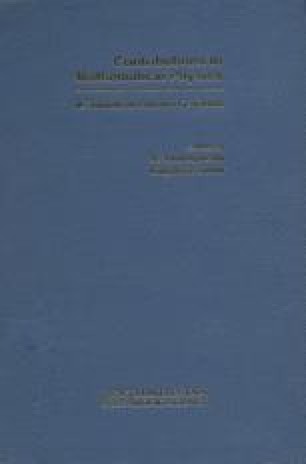 Dedicated to Gérard G. Emch on the occasion of his 70th birthday