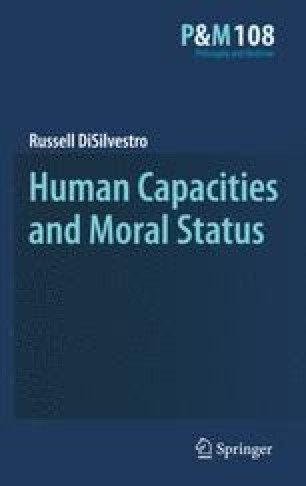 You Are Not What You Think: Capacities, Human Organisms, and Persons

To grasp the basic argument of this book, it helps to start with a vivid example.

When former president Ronald Reagan died from Alzheimer’s disease, it provided an unusual opportunity for continuing the debate about embryonic stem-cell research (ESCR). Proponents of such research argued that it should be aggressively funded by the federal government, since it might lead to the discovery of cures for diseases like Alzheimer’s. For example, Ron Reagan Jr., the former president’s son, gave a speech at the 2004 Democratic National Convention in which he argued that even those whose opposition to federally funding ESCR is “well-meaning and sincere” only have “an article of faith” to base their opposition upon. Although “they are entitled to” this article of faith, Reagan Jr.s

Personal Identity Moral Status Human Organism Ordinary Language Moral Consideration
These keywords were added by machine and not by the authors. This process is experimental and the keywords may be updated as the learning algorithm improves.
This is a preview of subscription content, log in to check access.